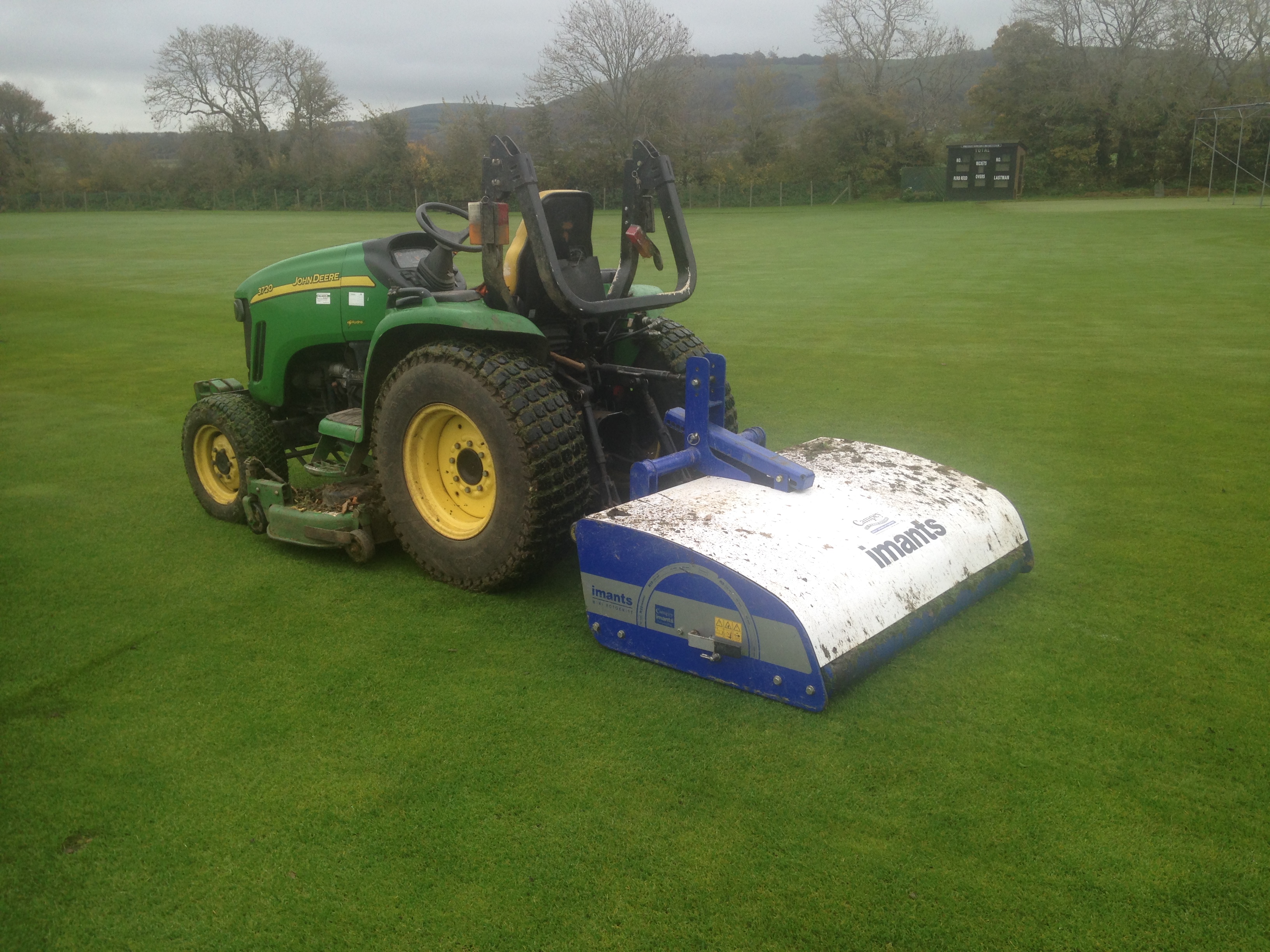 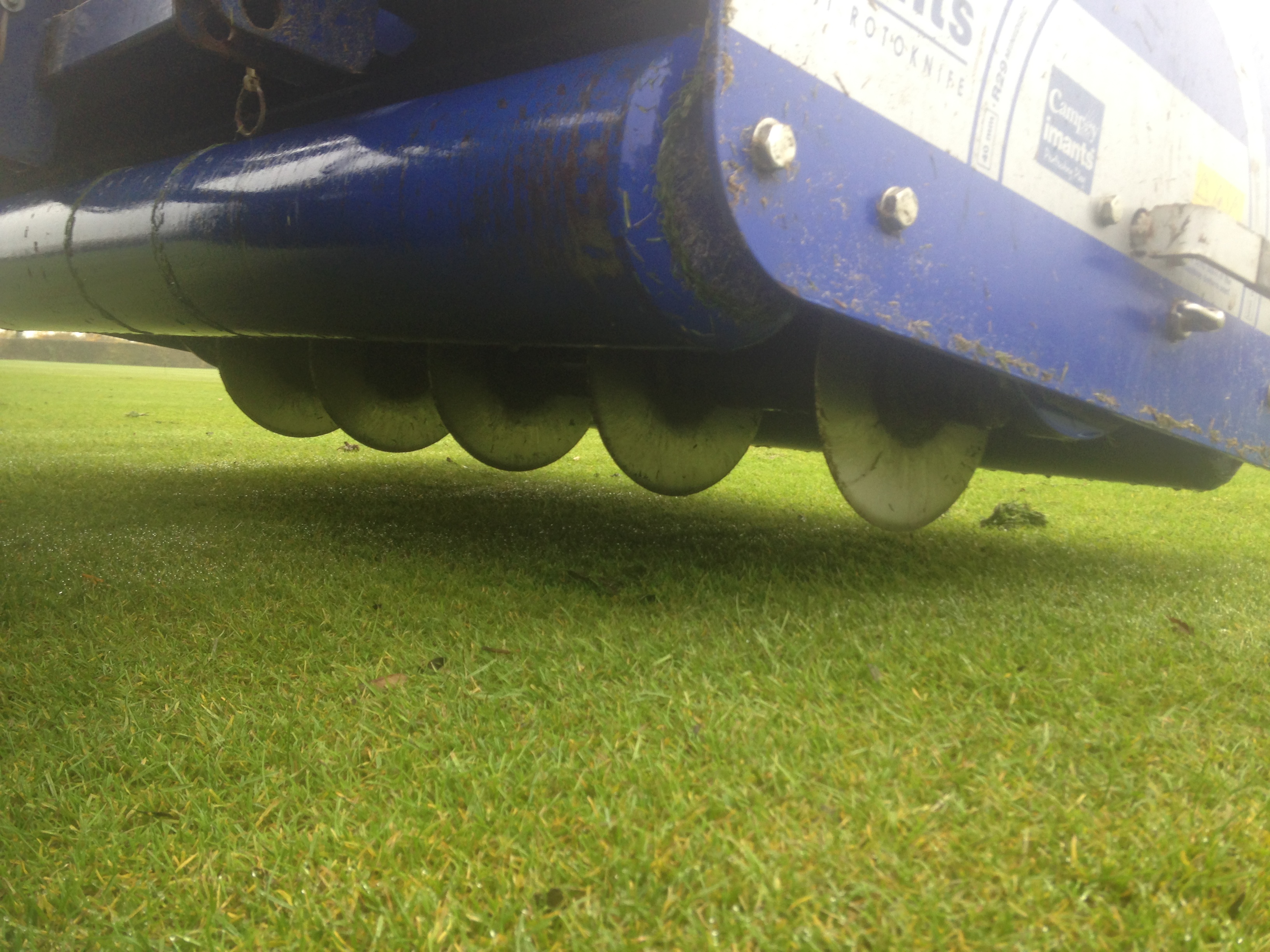 Love this form of aeration machine kindly on loan from the acedemy ground for use on our outfield to relieve compaction.

linear  aeration uses either discs as above or a kind of bend knife to score through the soil in a continuous line,creating channels for water to drain into and away from the surface,we directed the machine directly towards the lowest part of the ground which also linked into the general drainage system.

the frost will also get into the lines meaning a slight opening and possibly lifting action which will give us some decompaction.

this machine is being widely used also as a means to try and slice up grubs,maybe wishful thinking but it’s a tool that could have some merit if used enough to combat chafer grub populations along with other tools such as nematodes,in the age of pesticide withdrawal.

Another positive of aeration is carbon dioxide out ,oxygen in which like all living things oxygen is a key to life even grass plants so a must in keeping a healthy plant and root system.

Obviously not everyone has the luxury of having such kit at there disposal but whatever kit you do have whether that’s for the squares or the outfields we have up to end of January on the squares to do some aeartion  works ,outfields much later depending on what machines are available.

The discs are a similar to mole ploughing just without the bullet our academy ground mole plough there outfield though they have the linear aerator so often a cleaper options out there if you can get hold of a mole plough,we borrow ours off a local farmer.

thinking about spiking your cricket square talk to Brian fletcher the trailer has a spiker on it for use around the county .

What is under the bonnet

A Guide to Winter Sports Pitches