Pitches Blamed for Ashes Performance by Laurence Gale of Turfpro. This blog explore some of the facts about our four day pitches and summarises the allegations well.

I always find it disappointing when a top professional sports player blames the playing surface for their own poor performance.

I read with interest then, that England cricketer Zak Crawley has himself taken aim at the quality of pitches in the County Championship, saying they make it difficult for any opening batter to average above the low 30s.

A piece in The i said, “The state of surfaces in domestic red-ball cricket have come under fire following England’s defeat in this Ashes series, with coach Chris Silverwood, director of cricket Ashley Giles and even James Anderson insisting they do not prepare batsmen for the rigours of Test cricket.

“Now Crawley has had his say after being asked why his first-class average of 31.21 is so low. “I think it’s the fact I’ve batted on poor pitches really my whole Championship career,” he said.”

This hot topic has also been flashed up by the recent headline “Have county cricket pitches become a soft target for England’s overseas defeats?“ posted by online by Cricbuzz.

Again, it seems the county cricket grounds professionals are being blamed for professional players’ poor performances. CricBuzz says, “After England’s defeat in India last year, domestic pitches were criticised for not turning enough. Now, following the Ashes horror show, county pitches are said to be doing too much, encouraging medium pace dobbers instead of pace-like-fire quicks and batters to take their chances rather than learn to bat time. The charge is that county pitches don’t help prepare players for Test cricket. Joe Root has said it. Ashley Giles has said it. Chris Silverwood too. And the charge seems to be sticking.

“That is despite improved pitch marks. Surfaces in the Championship are rated at the end of each match by an ECB appointed match referee across four different areas: unevenness, seam movement, carry and bounce and turn. A score of six is considered ‘very good’, five is ‘good’ while an ‘unfit’ pitch would be scored as a one. According to the ECB’s pitch criteria guidance, when assessing the surface, match referees “shall consider the balance between bat and ball” and judge the pitch on how it plays not what it looks like. 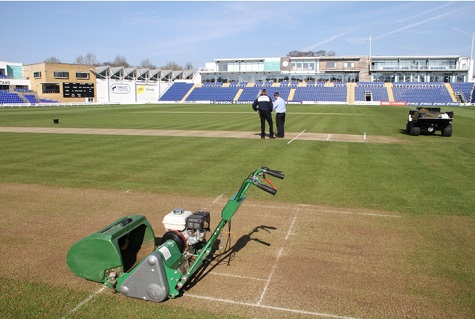 “Across 125 Championship matches in 2021, the average pitch score was 5.02 out of six. Just under 80% of pitches were rated ‘good’ or ‘very good’ by the ECB’s match officials. It continues a trend of recent improvement. The average pitch score for Championship games between 2017 and 2021 was 4.99. The average score between 2007 and 2020, a period when England rose to the top of the world rankings, was 4.84. According to the ECB’s match referees then, domestic surfaces are, on average, getting better.”

Just under 80% of pitches were rated ‘good’ or ‘very good’ by the ECB’s match officials.

From my own experiences over the years having interviewed numerous county grounds professionals all of them have one aim, and that is to produce the best playing surface they can with the resources and time frames they have available. In the above report I was pleased to see the valid points Gary Barwell, head groundsman at Edgbaston, stated to clear up the many issues professional grounds managers face during an extremely long-playing season. 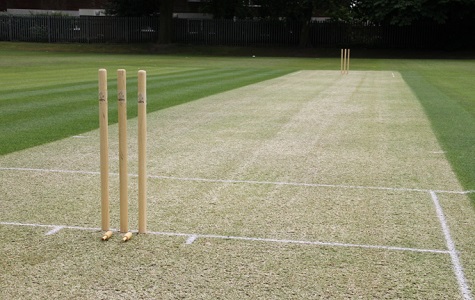 The above pitch scores clearly indicate the continuous improvement being made to produce better, more consistent playing surfaces that deliver a fair pitch for both batsman and bowler.

As Gary mentioned in the report, there are many factors that can influence and effect the performance of the pitch. Due to all the variable factors no two pitches will ever play the same. For me it is up to the players to evaluate and make the right decisions when playing.

Also the game has changed dramatically in recent years with several new formats of limited overs cricket being introduced including Twenty20, T10 cricket, and The Hundred all aimed at making the game more exciting and attracting bigger audiences and player participation. 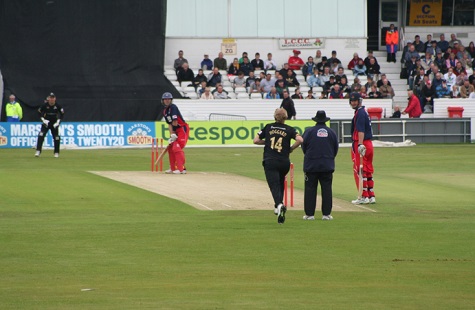 However, these new formats have also changed the mindset of both players and coaches. Effectively the players of today are a different breed to those who played in the past. For me playing in an Ashes test match requires a different set of match skills than playing in a T20 match.

The real reason in my opinion why England played so poorly in the recent Ashes test matches was the lack of match practice and the fact that Australian pitches are a very different playing surface to those we can produce in the UK.

The team were not up to speed with the playing and climatic conditions of the Australian Test grounds and were found wanting.

I believe it is about time the ECB and the county clubs showed more support for these grounds professionals and protect them from the blame they constantly get from players who rarely have any knowledge or interest in the work that goes into preparing pitches.

I’m sure if they spent more time speaking to and building up a relation with our grounds professionals they would have a better understanding of pitch preparations that could help them become better players over time.

Also more importantly, it might stop them blaming the pitch for their own misdemeanours with either bat or ball.

From my own experiences over the years having interviewed numerous county grounds professionals all of them have one aim, and that is to produce the best playing surface they can with the resources and time frames they have available. Laurence Gale

If you don’t want to miss a blog release and or would like to receive our newsletters, please enter your email address below.

What are Cricket Wicket Soils

Annual Guide to the Maintenance of Cricket Squares